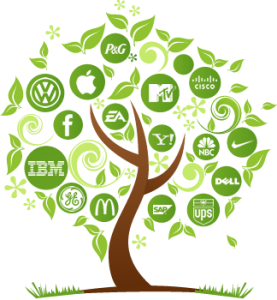 Admit it.  You signed-up for BranchOut like every other lemming out there without really knowing what the heck it was all about, then after endless emails, you seriously questioned your judgement.

I confess I’m about as clueless as you are, and yes…I signed up too, and have even endorsed a bunch of people.  (BTW, the same could be said for ReferralKey, which has cylical rashes of sign-ups as well).

BranchOut makes this claim: “Tap into your friend network for an inside connection to opportunities at top companies!”

I really haven’t seen anything close to that come true for me, but maybe I’m being judgemental.

Critics liken BranchOut to LinkedIn…even going as far as to say it’s challenging the leader in this niche.  I don’t see anything close to the powerful search function — the depth and breadth of data —  on BranchOut that LinkedIn offers.

Oddly enough, earlier this week, I received two separate emails about BranchOut.  One claimed to extol its virtues, the other questioned it’s existence.

It might be worthwhile for you to take a moment to read them both, in the interest of fairness.

Let me know what you think.