TV and Other Dinosaurs 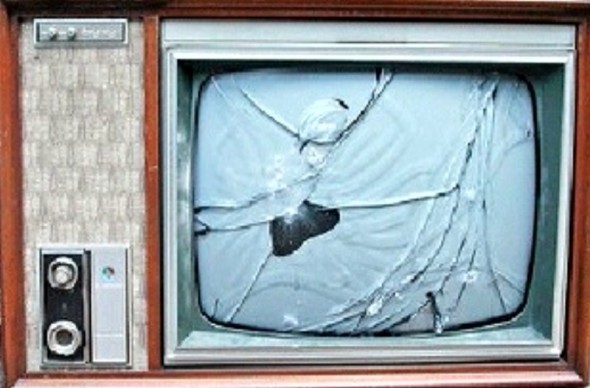 Nothing will be the same.  As it should be.

The recession is forcing the issue on most fronts…accelerating evolution in industries.  Everything will be affected.

That doesn't mean current dominant media will disappear, just diminish…morph…survive if it wants to — but that means change, adaptation — in other words, the natural order of systems.

Read below from Ed Helvey, a renaissance man of many talents whom I've never met in person, but someone I've come to respect for his sensible ruminations on many things, not the least of which is the voiceover industry, publishing, media, and life.

You'll be interested to see his observations from a recent media conference he attended, and how a certain threshold of  TiVO units in use may make the 30-sec spot obsolete.

I just finished recording a two day economic summit conference for a $325 Billion industry – and they had many top level specialists speaking and on panels – economist, CPA, lawyer (both formerly with the IRS), business owners, etc. however, also at this summit was an advertising guy representing his ad agency specializing in this particular ($325 billion industry) – he handles TV & radio spots, print, etc. – also, there were several folks from the digital media – here are a couple predictions – within 4-5 years there will no longer be Yellow Pages (printed) only on line that are geo-targeted (I'm involved with a rapidly growing Web geo-marketing business) – geo-marketing means LOCALIZED advertising on the Web. Also, Tivo and DVR's are killing TV advertisiing – I believe the figure quoted is something like 42% market penetration for TV – prediction when Tivo breaks 50% market penetration, it is expected that the 30 second spot will be phased out. Why? It costs too much to produce the spots and buy the air time when the Internet is becoming more dominant in local and national advertising and the Tivo eliminates the spots for people who are still watching broadcast, cable and satellite TV. This, too could happen within five years. We already know that Radio and TV are in trouble (along with the newspapers) because of all the competition from iPods, Internet, etc.). These are the predictions from the folks who make a living from these media and do it everyday. Will they be accurate – I'm not qualified to say, but I'm betting they're right. There may no longer be a need for an AFTRA – they are rapidly becoming another dinosaur heading for the La Brea Tar Pits.