One of our own — Diane Maggipinto — is preparing to get married
tomorrow, and a few of her VO friends decided to make the trek to Salt
Lake City to do her the honor. 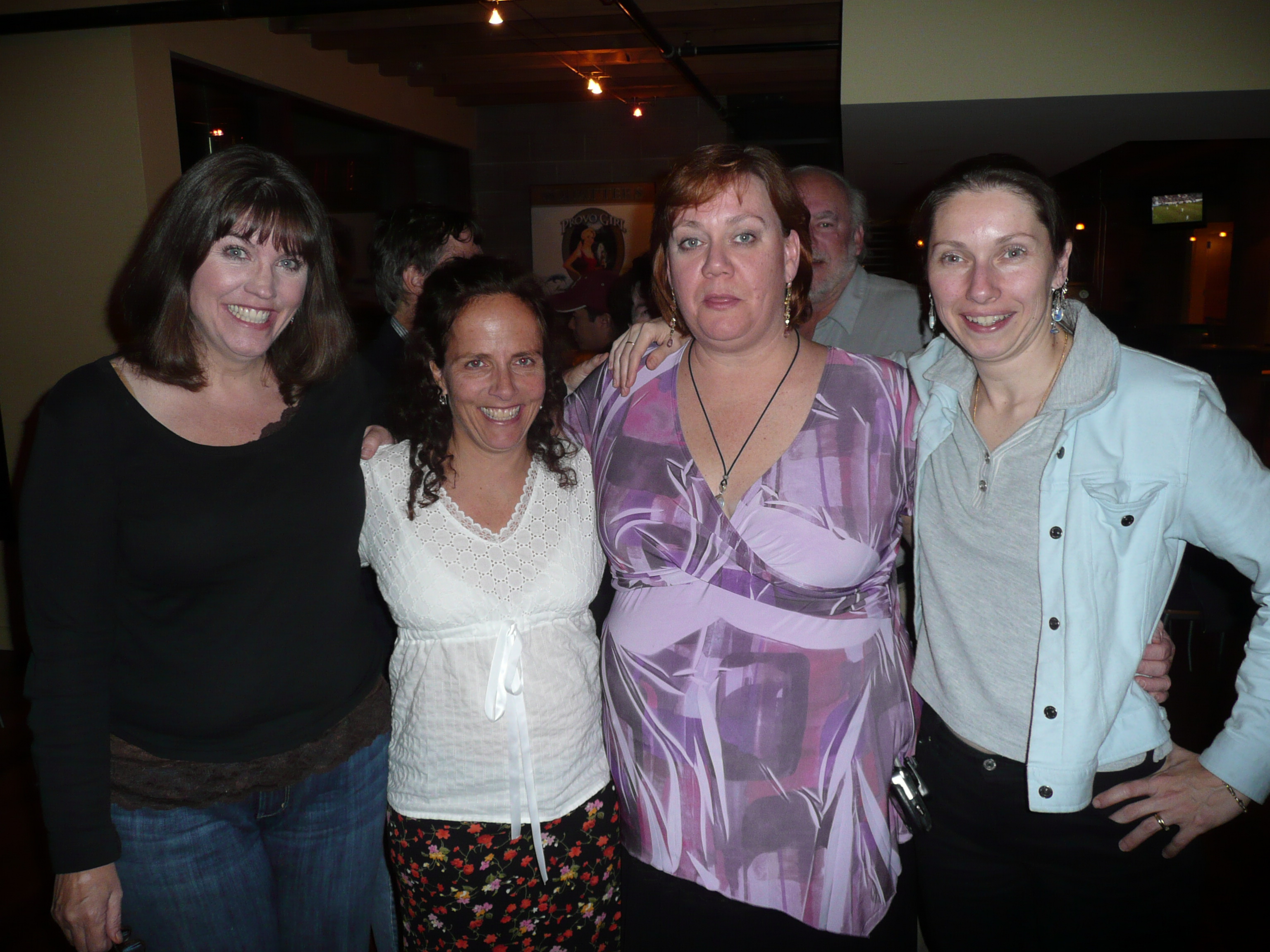 That's Diane, second from the left.

I was at some meetings in Boise, ID the last couple of days, so my
flight was an "up 'n' down" to SLC.  Frank Frederick joined us from his
hideout in nearby Park City, but it's the others who showed a special
dedication to come this far.

Amy Snively, on the left, flew in from Los Angeles,  Moe Eagan in the
purple came from New Hampshire, and Liz de Nesnera on the far right
from New Jersey.  Oddly enough, our flights arrived all within an hour
of each other.

Tonite, we met for good conversation, snacks, and a few beverages at a
downtown restaurant called "Squatters".  Nice.  I'm staying with an old
friend from HS, and Frank's lovely partner, Anne, joined us as well.

Tomorrow's the wedding in a downtown park, so more pics after that, but
for right now, here's another one of the whole group of us: 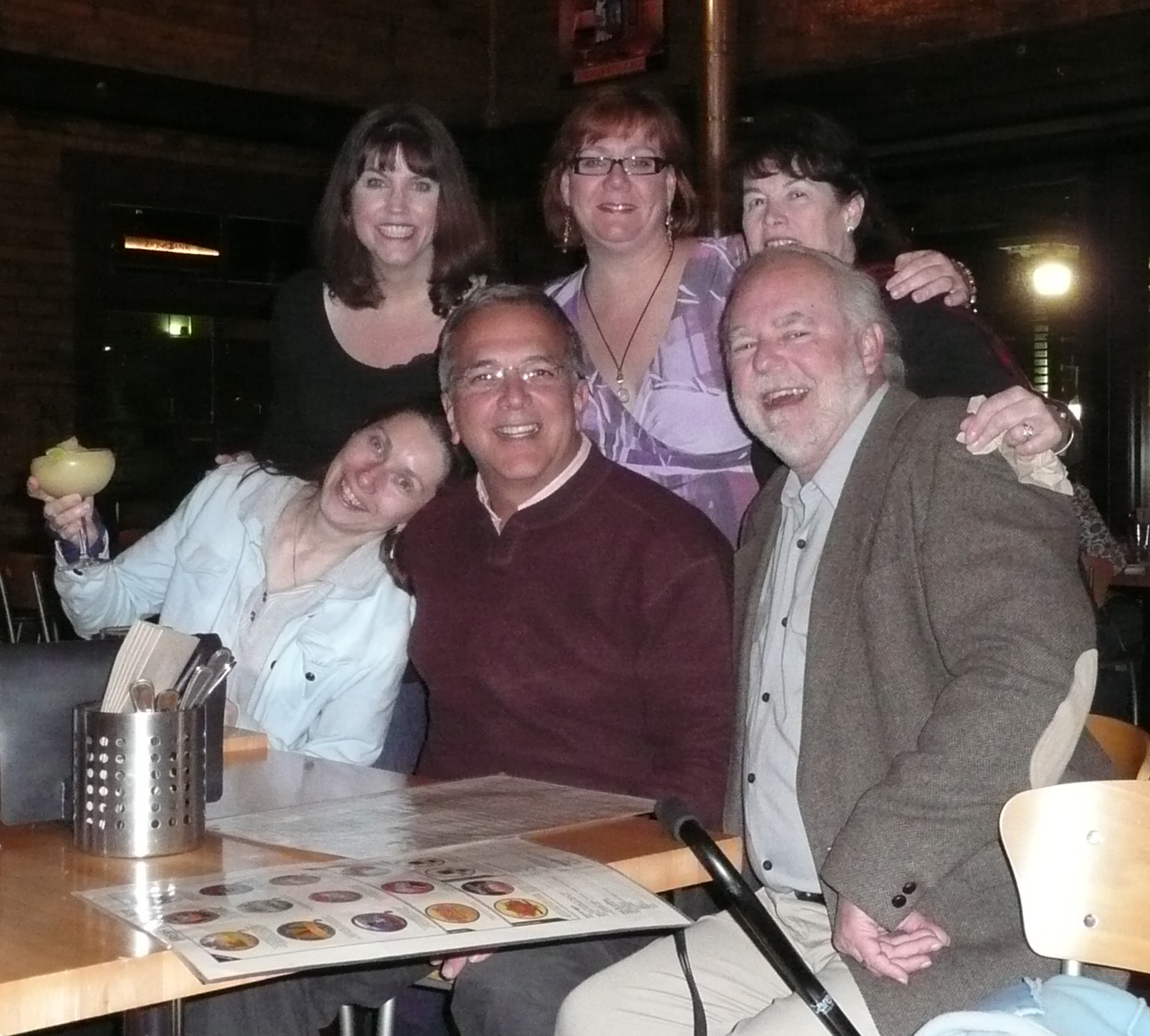 I love the voice acting community.

They're all such nice, genuine people!!