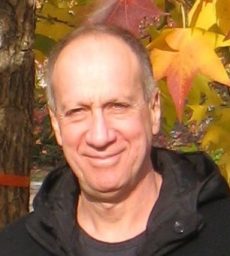 Martin Zied is not someone I know.  Yet, his email caught my attention.

Since his appeal is new to me, I’m not necessarily endorsing his request for help in his Indiegogo campaign, but I’m presenting it here on my blog, because I don’t see anything about it that is inherently misleading .  In fact, many of you may want to support his effort to lift awareness of the human voice in a novel way.  Here’s Zied’s imdb page.  He’s no slouch.

Now, here’s Zied’s email to me:

I’m Martin Zied, and I’m directing a documentary film about the power and beauty of the human voice, called Voice Messages.

The voice has captivated me since I was a child, and I’ve long believed that the world at large undervalues the importance of this, our most powerful instrument. My movie aims to change that by combining singing, speaking, science, sociology and history to examine the uniqueness of the human voice.

I’m writing to you because I can’t finish the film alone. I’m turning to the greater community of voiceover professionals, voice teachers and coaches, vocalists and enthusiasts to get involved — I’ve launched a crowdfunding campaign on Indiegogo to raise the money needed to finish shooting the film.

Can you contribute to the campaign or help spread the word?

Here’s the link to the Indiegogo: http://bit.ly/28Jl5JQ

We’ve been thrilled with the response so far, and it’s been fun connecting on Facebook, Twitter and Instagram with other people who love voice as much as we do. Join in the conversation if you’re active on any of those!

Below is a short film from the Indiegogo site.  There’s much more info there, and here’s a link to another resource from Zied that you may want to check out.  I think he’s pretty serious about this mission.