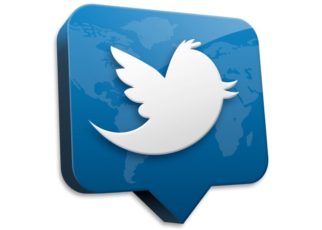 Yes, THE most frustrating social media platform for voice-actors….for seemingly EVERYONE.

Twitter is always mentioned among the top 5 social media networks…but their owners/managers/founders keep shooting themselves in the foot.  They still have 320-million users, but growth is stalled, and how many of those users are truly engaged?  Twitter continues to get Venture Capital funding, but their stock price still plunges.  Must be nice.

Despite all that, Twitter is a force.  At least they keep trying new things, I’ll give ’em that.  Why wouldn’t they?  If they can find a formula that works once ‘n’ for all, they have a gold mine.

First of all, you know that you’re no longer bound to the 140 character limit, right?  That’s right…at least to the following extent:

I know of lot of people use Tweetdeck, or interact with their Twitter followers on their smartphone, but Twitter’s native URL has improved, too.

Twitter just yesterday released their “Dashboard” for small businesses.  You can download it for your iPhone or Android device by searching for the term Dashboard.

Twitter says Dashboard is meant to compliment Tweetdeck for power users, and Engage for Influencers.  Engage is an app for your smartphone too…you can find it in the Google Play store or the Apple App store.

Here’s a direct quote from this Social Media Explorer article about Dashboard:

“…the app will improve the way small businesses have monitored their social handles, by giving them access to more than tweets that solely mention their username. Companies will be able see hashtags and keywords, such as business name and product name, in their feeds. The ability to see more conversations about their companies will help businesses better connect with their audience, and give them a better understanding of how their company standing on social. Dashboard will also allow small businesses to schedule future posts. This will be an extremely beneficial tool for companies that would otherwise not have the bandwidth to tweet throughout the day…”

From Twitter’s own blog:

“…Dashboard offers a single destination to get things done. It gives business owners a clear picture of what’s being said about their businesses, lets them schedule Tweets, and offers insights about their Tweet performance … Dashboard will also grant users access to Twitter Analytics, giving them an in depth look at how their tweets are performing and the impact their businesses are having on social. Additionally, the service will also offer up suggestions for posts and conversation starters that pertain to your industry…”

Follow the above blog URL, and at the very bottom of the article, you’ll find links for Twitter Dashboard for your browser.  If you already have a Twitter account, it asks you a couple of search-term questions, and sets you up automatically.

Seems like if you ever wanted to give Twitter another chance, this might be the time.  Yes, you can get voice-over work from Twitter engagement, but it doesn’t just jump right off your screen and hand you money.  Like any other social media platform, you have to work it.

But now, Twitter is taking some great ideas from a few different 3rd-party programs (Hootsuite, Buffer, Commun.it), and incorporating those capabilities in their own interface.  Good for them!  ‘Hope it works.  Oh, and it’s free.

Worth checking out, and like I said:  at least they keep trying!