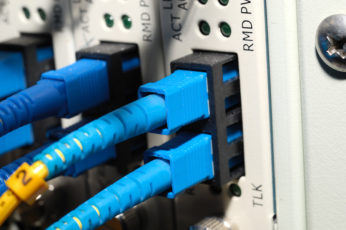 Years ago, I helped a voice actor moving to Las Vegas get his ISDN installed through some contacts I’d already researched/established at CenturyLink.  He, in turn, helped me with some marketing.  His name is Garrett Michaels, and I’m proud to call him a friend.

Activation/installation rates for ISDN are still reasonable here in Southern Nevada, and the monthly maintenance fee is around $60.  But Garrett ran smack-dab into some new hurdles the other day and wrote me about them.  See his message below, reprinted with his permission.

I’m having a problem with CenturyLink and I  want to know if you’re having the same issue. For the “old” ISDN, CenturyLink as well as other providers, install BRI lines. This consists of an A channel, a B channel, and a data channel. As you know, ISDN in general has been a dinosaur technology since the 80’s however the quality is still very good and it’s still used on a widespread basis.
My lines are down and CenturyLink is retiring the BRI service and switching to a PRI service which includes 23 channels with similar service. This gives greater flexibility for a business that utilizes ISDN lines for multiple connections. The problem is that the new PRI lines cannot communicate with the BRI lines unless I purchase a Channel Bank; something like an Adtran Atlas 550. The cost is up to $2500, however I believe this is necessary on both ends of the connection, so the studio/station that I would be feeding might also need it (I am not certain of this).
I’ve already had numerous conversations with Telos and they talked to me about the channel bank, but they also mentioned their box the Zip One. This thoroughly confused me because they told me again that it can work with the PRI conversion, but it’s not 2-way….in other words I can send my voice down the line, but I cannot hear anything back. I have no issue with that because I I have a Gentner SPH-10 telephone patch so I can always be directed over a telephone line in real time. If I chose to go this route, the Zip One is around $2000.
____________
Clearly, Garrett has a good grasp of the technology involved, here, but he was considering jumping to Source-Connect or ipDTL, and was asking about my experience with those technologies.  Before I could really answer him adequately, he followed-up his original email with this one:
____________
My dulcet tones convinced CenturyLink to resuscitate the BRI equipment so engineering will reinstall it at their end and then do the specific connection…(They promised it would be done in 2016……………just kidding).
____________
I share all this as a cautionary tale.  When’s the last time ANYONE has expressed a confidence in the future of ISDN?  Yes, I’ll grudgingly agree it’s still entrenched in certain circles.  But do you really wanna be the last one driving a Studebaker?
Garrett’s story has pretty much convinced me.  I’m selling my Telos XStream, and cancelling my ISDN for good.  It’s never paid for itself.  I think the last time I used it was in February.  ISDN used to be one mark of a serious voice-actor pro.  Now it’s only an indicator of how many legacy relations you have with producers in NYC and LA who are late-adopters of new technology.
I don’t mean that to be a put-down.  It’s an individual business decision…and THIS individual is deciding for HIS business that it’s no longer a worthwhile expense.
Anybody in the market to buy a slightly used Telos XStream?  No scratches.  Barely used!
CourVO