Will Your VO Business Benefit From These New Social Networks? 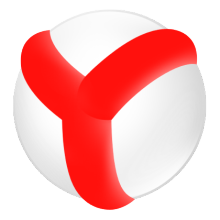 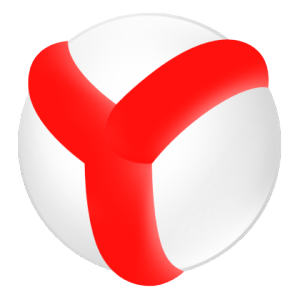 7 years ago, a couple of enterprising geeks launched a social network called TWITTER.  You could only write messages of up to 140 characters.  Pundits scoffed.  Now those guys are billionaires.

Thousands of these experiments have launched since then.  They come and go.  Some die spectacular deaths (My Space), others are actually very useful, but never seem to catch on.  (Catch, Springpad, Amplify).  Others seem to be a nuisance, and survive anyway (Referral Key).

The question becomes whether to waste your precious time on them, and hope they succeed.  If you do, and they do — you can say you were in on the ground floor (I joined Twitter in 2008, and was among the first million to use Evernote — big deal).

ELLO popped up a few weeks back. It was all the buzz for a while.  They claim:  “…Ello is a simple, beautiful, and ad-free social network created by a small group of artists and designers.  We originally built Ello as a private social network. Over time, so many people wanted to join Ello that we built a public version of Ello for everyone to use…”

Well, beauty is in the eye of the beholder.  The site is simple, and no ads is nice.  I’ll be surprised if it survives, but I could be totally wrong.

Tsú is trending right now (pronounced Sue).  I’ve signed-up for this one out of curiosity, and found it to have a look almost exactly like FaceBook.  Their claim is that you get some sort of dividend for your interaction there.  From their welcome email: “…We have been working hard to build tsu.co (pronounced ‘sue’) with the purpose of breaking the old rules of social publishing by creating a fair economic model where content creators’ ownership is respected, where they are fairly incentivized and where their content is protected…”

LinkedIn seems to think it OWNS the social-business platform, and it is a powerful network, but lately other pretenders to the throne have been popping up.  There’s the afore-mentioned Referral Key network, which — in my opinion — has little going for it except it’s catch-phrase “…are you accepting new clients?”.

Now there’s WeWork.  WIRED magazine thinks it has the chops to really challenge LinkedIn, “…except it might actually be useful…”.  Ouch!

Supposedly, Facebook is poised to launch its own serious-minded workplace-based social network.  See article here.  I’ll say this for Facebook, it understands that you can’t sit still in today’s helter-skelter world of social media competition.  It drives us all nuts the way they change things alla time… but they seem to stay marginally ahead of the competition either with innovation or acquisition.

Here are the trends:  most all of the new social media networks share the following characteristics:

But what about us voice-actors?  Well, there’s a pretty cool app that let’s you tweet your voice instead of texting a message.  Hey, it get’s your pipes out there!
TweetMic+.

The one big POSITIVE to all these new networks?  They’re free…at least for the basics.

Honorable mention for this blog is not an app, but a good old-fashioned program you can run on your computer…a new browser.

Yandex is based on the Chrome browser code, but claims to be simple, uncomplicated, and unencumbered with all the “stuff” that now drags down your Google Chrome browser.  And yup…it’s free.  Download the browser.  Use Yandex as a search engine.  (My thanks to Lance Blair for the Yandex tip!)