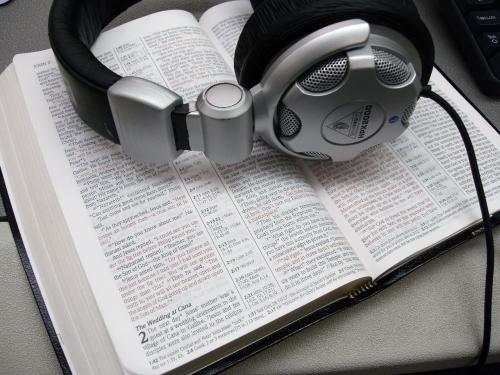 More than 10 years ago, I got into this business because of audiobooks.  I just KNEW I could do it.  I was right, but I was also naíve.

Along the way, I got distracted by many of the other ways you can earn a living using your voice… but I never lost the hope that one day an audiobook title would have “narrator, Dave Courvoisier” in the credits.

Now, nearly 40 titles have that label.  I’m an Audible-approved producer. It feels great.  It was also an education.

Here’s my take: AudioBooks are a lot harder to narrate than most people think… but they are NOT as hard to do as many in the AudioBook producing and publishing industry would like you to believe.

A Quick Look Back

Remember when the internet came along and changed the whole voice-acting paradigm?  Oh, it’s still done the “legacy” way in NYC and LA; but even there, and everywhere in-between (including countries around the world), the voice-over business is fundamentally different.  A lot of people are not happy about that.  But it’s not going back to that old style for 95% of the work that’s out there.

It’s taken a while, and there are PLENTY of people not happy about it, but my guess is…there’s no going back.

A lot of factors are at work in this change-up.  The marketplace, the internet, Audible, ACX, consumer demand, the rise of the home studio… and maybe more.

Another Quick Look Back

The business of audiobook narration comes from an entirely different cultural background than voice overs.  “Legacy” audiobook narrators were gleaned (sometimes reluctantly) from the ranks of theatre people.  They weren’t required to know the technical ins and outs of voice recording.  They showed up at a studio with their voice and their acting abilities… and a producer, director, and engineer collaborated to do the rest.  To this day, many of those original audiobook narrators prefer not to be spoken of in the same breath as the word voice-over (although a good many also, now, do voiceover work).

But Audible and ACX is changing all that.  NOW, an audiobook narrator works from a decent home studio, knows how to record on her/his own, understands editing and mastering of the final product, and is adept in handling all this over the internet.  Hey!…those are all things today’s voice-over performer already does.

So, when a publisher needs all that, and on deadline, they might be (and apparently are) willing to overlook the mandatory theatre background to keep up with an ambitious recording schedule; and are turning to an eager population of voice over people to fill the gaps.  And surprise, surprise, there are a lot of voice-over people who are turning out some mighty fine audiobooks with only a modicum of theatre training.

Publishers aren’t necessarily reducing their standards, they’re just redefining the marketplace in the interest of well… the almighty dollar and the pressure of competition.

Only the consumer will eventually determine if this new paradigm is going to pass muster in the marketplace.

None of this is occurring in a vacuum.  Inevitably, someone was bound to begin offering training in how to best position oneself in a new marketplace such as this.   The concept of training someone to do, in a few months with a minimum of equipment & coaching, what took some people years and years to achieve, would naturally lead to push-back.

That’s exactly what has happened.  In a present-day debate, a number of this staid community has raised questions about the training being offered; not so much the trainer or the training program, but the manner in which the training is being promoted.  That’s the “legacy” crowd speaking.  I get it.  Someone’s infringing on their turf and their sensibilities, and the fear is that compensation will go down, and the rich field of un-recorded AudioBooks will dry up (still undetermined, BTW).  I also get that a certain prestige, or cultural echelon appears as if it’s under attack…like Warhol pushing aside Wyeth.

Sometimes, I don’t much like change either. But I also know when I no longer have the strength to swim against the tide or why I was doing so in the first place.  This is how change takes place, though, not typically through revolution, but evolution.