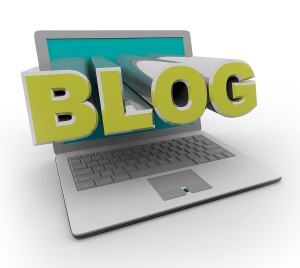 Today, for no particular reason other than I started adding up numbers…I’m celebrating a blogging anniversary.

October 1, 2007 I began writing the blog Voice-Acting in Vegas.  I chose Typepad as my blog service (now WordPress), and it appeared in a horrid blue-on-black font. You can see that blog here…the topic was SEO.

I wanted the blog to always be on a topic that could benefit a freelance voice-actor.  It was to be based on a pay-it-forward paradigm.  I’ve never accepted ads (though I’ve been approached many times). My goal then (and now) was to write no fewer than 5 blogs a week. It turned into many more on average.  The total is 2832 articles…and now one more.

VAIV has taken on a few different themes over the years.  Much of it’s current look and feel can be attributed to the innovation proposed by my WordPress expert Brett Bumeter…a genius in this realm…a heckuva nice family guy, and a sterling example of a freelance businessman.  I’ve learned much from him, and would highly recommend his services.  Softduit.com

Actually, just in the last day or so, Brett has recommended yet another feature for the blog that I’ve now adopted. You will see it associated with each individual article.  The blog is now configured to use a formula to find additional relevant material from the blog itself, associated with each new article. 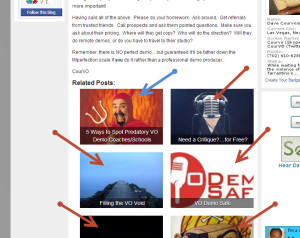 Those suggested titles can be seen at the bottom of the current article….above the comment section.

2013 may be the year I actually take many of the still-relevant articles from the last five years, and compile them into a book.  I’ve been threatening to do that for some time, now.

You are appreciated as a regular reader!  I’m averaging 1,000 visitors a week, and that is extremely fulfilling after 5 years.

Let me know what topics you’d like to see in the coming months.

Here’s to the next five years of Voice-Acting-in-Vegas!