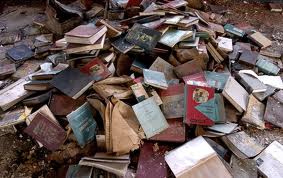 The first inklings came in the Summer of 2012 from some of the studios and agents that book narrators and produce audiobooks.  It was almost a warning, really.

Word was coming down from the 800 lb. Gorilla of audiobooks — Audible.com — that they needed hundreds (thousands?) of titles to be narrated….now.

Although Audible has been churning out plenty of narrations from its own studios and remote studios for quite some time, they’ve often maintained that the consumer appetite for more and more audiobooks was insatiable.  That’s why it launched ACX (Audiobook Creation Exchange) in August 2011.  Their hope was a tsunami of available narrators would snap up all available titles, and everybody would be happy.

While ACX is an innovative, successful, and workable marketplace for matching audiobook narrators with publishers and “rights-holders”, apparently the response was not what ACX hoped for.

From the start, the ACX program offered narrators the choice of reading for a “royalty-share” remuneration, or a pay-per-finished-hour rate that was negotiable with the rights-holder.  Notwithstanding, ACX has had to engender an almost constant incentive program in “stipend offers” for narrators, to maintain a steady production of finished titles.

My guess is, things weren’t happening fast enough.  Audible called in all their markers, notified their extensive network of audiobook agents, studios, and producers, and put the word out that a flood of books was now available for production.

One producer sent a memo out saying it was expecting 250 titles in September, and that was on top of the 50 it was already working on for Audible.  Another manager of a well-known audiobook production house told me there’d be a second wave in November.  “There’s a lot to go around,” he said.  Then he told me that a colleague had assigned 70 titles in one day, and would probably top that the next day!

In short order, virtually every available North American narrator all of the sudden had more work than he/she could handle!  Many of them are in their studios, reading as I compose this blog.  One producer told me:  “… I think Audible has single-handedly tied up the entire national narration pool for the next three months, at least…”

A good many of these titles are being read for a per-finished-hour rate of over $200 or more.  At least one cut-rate house is offering $100pfh.  Bottom line:  There’s lots of work.  The admonition made by Pat Fraley and Bettye Zoller, and Edge Studio’s Carol Monda, and others that audiobooks offered some of best current opportunities for voice-actors in a long time, was coming true.

There are probably STILL some unclaimed titles…so get busy with the phone and on email.  If you were EVER of a mind to do an audiobook, they need you.

Also, ACX is (once again) re-upping it’s stipend program through the end of the year.  See their announcement below.

Good news! We have extended our stipend offer through the end of 2012. This means that if you accept a Royalty Share offer on any stipend-eligible ACX title by December 31st, 2012, it comes with an extra $150 per-finished-hour stipend (e.g. $1,500 for a 10-hour audiobook, up to a maximum $2500) if you complete full production of the title (and the Rights Holder approves the title) within 60 days of accepting the ACX Production Standard Deal Terms for the title. The stipend is, of course, in addition to the Royalties and Bounties you’ll earn on sales of the audiobook. See here for more details.

To remind you, here’s how it works, step by step:

Good luck, and please keep auditioning and helping us get more audiobooks into the world!

Remember, the holiday season is a great time of year for audiobook sales. Get your productions completed well in advance to ensure they go live in time to reap the rewards. In most cases, titles need to be completed and approved by the rights holder by the first week of December to ensure they’ll go live before the holidays.