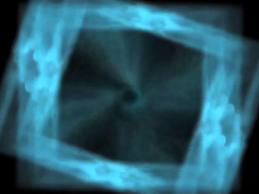 My newfound source of insider information —  “JJ” — calls it Zeitgeist.

Of course, that’s a word from our Teutonic neighbors that means:  “…the general intellectual, moral, and cultural climate of an era…”

Ace VO coach and producer Nancy Wolfson would probably call it the author’s “intent”…a sort of tea-leaves hidden meaning that’s not all that subtly shrouded, really,  if you just grow the discipline of taking a good analytical look at the copy, and it’s place in today’s society.  CONTEXT.

You’ll remember, JJ lamented the fact that of the 400 auditions he received for a PIRATE voice, only a handful understood that the words needed to be larger-than-life… growly and curmudgeonly, and gravelly, and everything else we all stereotypically think of when we characterize the mind-picture of a Pirate.

JJ states:   “…if you’re going to audition for voice roles, know the zeitgeist and go big on your audition.  Much easier to pull the talent back than to push them forward…”

As you know, “JJ” has agreed to pass along some nuggets of auditioning wisdom on my humble blog, and he states the following admonition for this week’s offering.

“Often when I have an audition that is a series of lines, like for a game, I will receive many auditions that are presented as several takes on each line rather than the whole read edited as a part.  So if the lines are “you, come here”/”stop thief”/”send help”, instead of receiving a read that consists of line 1 followed by 2 followed by 3 I’ll get line 1 3 or 4 times, then 2 then 3 in the same manner.  I hate that and think it’s very lazy on the part of the person auditioning.  Edit your best read together in its entirety, don’t make the voice seeker have to wade thru multiple takes of the same line because you aren’t confident in your read.”

Keep in mind, while my friend is a seasoned, respected audio engineer, VO producer, and VO talent himself, others may have alternative viewpoints, and YMMV.