A Narrator’s Place in the Voice Over Mansion 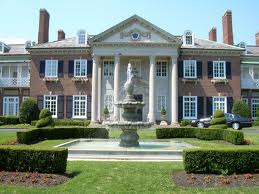 (A) AudioBooks are what you do as a voice-actor when you can’t get commercial work.

(B) Only the really good voice-actors are the ones capable of mustering the talent needed to complete an audiobook.

(C) AudioBooks don’t pay well, but they’re much more fulfilling to the actor within you.

(D) AudioBook narrators are not true voice over talent…they’re not voicing “over” anything.  They’re storytellers!

I’m not interested in how you answered the above questions, but I hope it made you think.

While a voice actor has scores of possible applications for his/her voice…I still see the entire population of voice actors being divided into two camps:  short form and long form.

Most of those who are making their career in :30 or :60 spots or :10 promo’s and movie trailers can’t fathom how someone would sit in front of a mic for hours at a time, day after day for weeks to finish a book that results in 11 hours of voice product.  I don’t care if you’re Simon Vance, Tavia Gilbert, or Scott Brick…you’re not being paid $1200-$1500 for every 30 seconds of finished copy…instead, you’re maybe getting $450-$500 per finished hour.  The math doesn’t even compare!!

Wouldn’t we all rather voice a :30 National TV spot under a union scale contract, and go play with our kids or go see a movie after half-an-hour in front of the mic?

WELCOME TO THE MANSION

The fact is, in the huge Voice-Over Mansion of opportunity, AudioBook narration is long-format (a distant cousin of E-Learning), and people mostly do long format because….it fits!  It fits their expectation, their talent set, their schedule, and their demeanor.  That wing of the mansion looks and feels different than over there…on another floor…across the hall.

Another fact is that the rat-race of commercial auditioning: slaving over P2P sites, currying Agents, making cold-calls, chasing leads, and suffering the indignity of endless rejection tends to separate out those who can stomach that lifestyle, and those who can’t.

Where did all this ruminating over the haves and the have-nots begin?

I posted a job opportunity on my Voice-Over Friends FaceBook group explaining that a certain audio book production house was seeking narrators immediately for a bunch of work that landed in their lap.  The notice went on to say that the narrator was not expected to edit out breath sounds, pop, clicks, or other anomalies… nor were they expected to master or post-produce the audio.  They WERE expected to return a narration with no false takes, and subsequently correct flubs after a proofer had listened to it.  For that, the narrator would receive $100 per finished hour.

The result?  A reaction of gratitude for the opportunity, matched by an equally abhorrent reaction that this scale was beneath any true professional’s pride.

This is not going to be a blog about pay-scales and what the market allows, or should allow, or shouldn’t allow.

My point is an audiobook narrator BEGINS with an assumption that the work is long, and often challenging, and comes with a per-word pay-off incredibly below that of a commercial voice-actor.  I dare say most don’t approach it with that rubric, though, and hope for the best pay for their best work that the market allows. As they should.

Well, the market allows a different scale than a typical commercial “Voice Over” person.

The audiobook narrators I’ve met this year at APAC, and the Audies, and VOICE2012 LOVE what they do.  They’re fulfilled.  They’re enthused. They’re a subculture, an ethic, and an attitude all their own.

The question is: does it work for YOU?  Are you happy?