You Got Some ‘Splainin’ To Do! 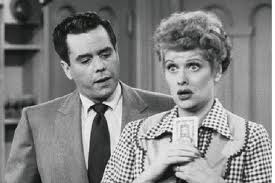 By now you must know (expect?) that I’m posting a video tidbit from Voice Over coach and producer Nancy Wolfson this time of the week, every week.

Each segment (13 when we’re all done) is actually a worthwhile mini-lesson on its own, but begs the greater indulgence for the complete set of 127 tips in a video that — were you to engage in Nancy’s UFC SmackDown Full-Monty course — would cost many multiples more.  Don’t get me wrong, she’s worth every cent, but you could do some real audition damage with just this video.  More in a minute about which rainbow to look under to find this pot o’ gold.

First, watch today’s video on the topic of “Explaining”.  You may think you’ve heard this technique, and maybe you have, but not like Nancy tells it.

[You can also view this video here]

On-camera talent (esp. in TV news) have long been told to look into the cold black eye of the camera…through the words on a Tele-Promp-Ter….in a mostly empty echo-y studio, and talk as if you are talking to one person…preferably your best friend.  That’s easy (kidding)…and probably wrong.  Once again — the common theme running through ALL Nancy’s lessons — is to pause and engage the brain before shifting the vocal cords into first gear.  In that pause, there is much to consider.  Wolfson can pack an entire VO coaching course into that moment…or in this case… 127 tips to be found at the site:  HOW TO SOUND REAL AND NAIL THE SALE.

Remember this is not just acting.  It’s a specific subset Wolfson calls “Acting for Advertising”.  Stuff Shakespeare never came up with….she did.

Next week:  Learn to Lie