The Single Most Important… 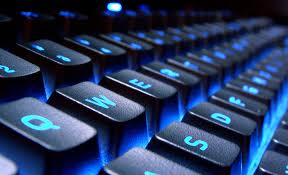 …skill you’ll ever need to be more organized.

To save time and be timely.

To express yourself adequately.

To succeed at Social Media.

To double or triple production.

I’ve blogged about this skill before, but it soooo bears repeating.  It’s the answer I give people when they ask me how I get it all done, and when I sleep.

With this skill, I’m a whiz at Social Media.  The king of newsletters.  A master of blogging.

Touch typing.  Keyboarding.  Call it what you will…but it’s the technique of being able to strike the keys on your keyboard without having to look.

Back in Gus Grissom’s typing class in Greenville, IL in 1967, we practiced on manual ROYAL typewriters.  But I paid atttention, and through all the iterations of keyboards, and through all the jobs I’ve done, I kept up my practice.  I can clearly say there’s not ONE single more important skill I’ve learned in my life than touch typing.  Now I do 100w/m easily.

I’m aghast at all the journalists I’ve run across in my years in TV news who don’t touch type.  It’s like a bricklayer who spreads cement with his hands instead of a trowel…an accountant who uses paper and pencil instead of QuickBooks.  I even met a producer once who did the hunt ‘n’ peck method with one hand.  They all think smugly that they’re pretty fast.  They aren’t.

And today, it’s so easy to get training…you can do it yourself with inexpensive software, or with a guide on the internet.

In case you haven’t noticed, Social Media has forced us all to write a lot more than we ever had to before…and it’s all input on a keyboard.  Wouldn’t you love to double or triple your written output?  Wouldn’t it be great to slam out a 140 character response in 10 seconds?

But Dave…you say… Nuance makes such great voice-recognition software these days, that you don’t really need to know how to type…just dictate!  True, but try dictating a personal letter in the middle of a busy office with ears listening all around.  It’s like the difference between texting and talking on the phone.  One is a lot more private than the other.

SmartPhones and Tablets?  You don’t have to settle for the little keyboards on the screen…get a blue-tooth keyboard for either.  I do… and it works great, especially for texting.

Think this doesn’t relate to voice over at all?  Ha!  Imagine how many more words you can fit into a follow-up newletter, blog, email, LinkedIn, or FaceBook post faster if you knew how to touch type.  Touch typing will at least double your efficiency.  Believe me.  It works!