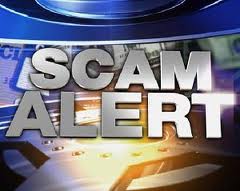 They are out there. And it seems one persistent outfit keeps burning his bridges to the point where soon, EVERYONE will know about his scammy operation, and we can put him out of business.

“Man, these guys love me lately!  I provided this clown a sample and then his credit card was denied.  Then, he said he would overnight a money order which never came and gave me a fake tracking number.  He’s looking to get radio imaging liners done for an Internet radio station and obviously for free.  He goes by the name of Jim and John!  I did get him on the phone and I was suspicious immediately.  The e-mail address he’s using is [email protected]  Just wanted to give you the heads up.  Beware!  :-)”

I’ve seen several notices about this operati0n (or one very much like it) over the last year.

Check out who you’re accepting work from…ask for money up front if you’re suspicious.