The Voice Over Entrance Exam 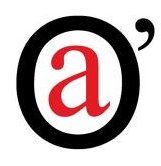 Boy, am I late with the notice on this one, but that's what happens when I fail to visit the VO-BB for about a week.

Some months ago, one of the smartest marketing guys in VO approached me to proofread a publication he was writing specifically for newbies in Voiceovers.  His name is Peter O'Connell, and of course the first thing I wondered is why he was asking me. 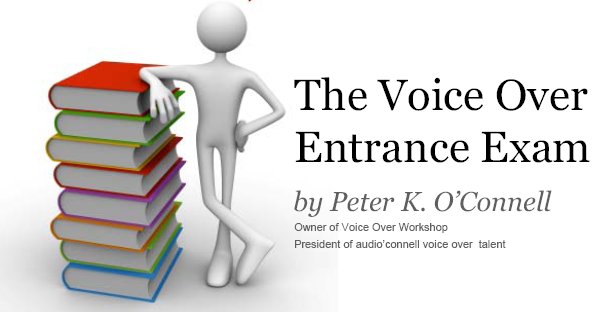 It doesn't matter, 'cause Peter is such a good author that I think I found a missing comma somewhere on page 56, but that's all, and even that was up for debate.

OK, so his FREE online publication is called THE VOICE OVER ENTRANCE EXAM…and it's so timely.

Why?  Because if you're having even marginal success in voice acting, and you've been at it for a while, and your marketing is starting to get out there…then you'll be regularly approached by the throngs of hopefuls who just KNOW that in a few short weeks, they'll be getting sacks of money delivered to their door for the voice work they do.  In fact, I just got approached by a local DJ today.

For those people…Peter's work is tailor-made.

Peter's work is visually appealing, well-researched, engaging, imminently readable, true, and for some:  hard to swallow.  That's because Peter doesn't mince words when mincing would be unkind and unfair.

This is a competitive business with loads of misconceptions…especially on the front end.

Even if you're a seasoned pro in voiceovers, take the time to read this.