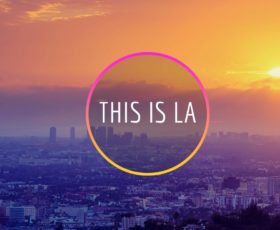 Clearly, my blog post from this week about a certain Canadian-based online VO casting service touched a nerve.

I’m glad people are waking up to the many ways voice-actors can be taken advantage of…not the least of which is a rash of cheap come-ons from outright fraudsters phishing for voice-actors to bite on their misleading fake audition requests.

If you aren’t already a member of my FaceBook group: Voice Over Red Flags, drop me a line in the comment section with your FB-related email, and I’ll add you to the group.

Welcome to a private place for voice actors to carefully share concerns in service of community self-preservation. Here’s what we hope you use this group for:

1) Clients who are either not paying on time, or prove to be troublesome clients in general.
2) A place to ask about the efficacy of a casting site or possible client or an online voice-seeker you’ve never heard of.
3) Finally, it could also be a place to warn about scammers preying on voice-actors.

This site will be closely monitored to allow only prudent, proven, vetted instances of bad behavior.

For all the unscrupulous online dangers; one of the advantages of belonging to and contributing to a trusted internet VO community, is the warnings that are shared about such predators.  I’m glad that World-Voices Organization is an active part of building that trusted community…educating…creating awareness, and being a focal point around which our members can rally.

WoVO is a non-profit, and we’re not the VO police.  We don’t have staff attorneys or the big kahunas to take on multinational companies.  SAG-AFTRA does, though…and by midnight tonight, they’re calling for a strike against some of the biggest names in the Video Game Industry:

I’m posting the full notice below, but I’d also like to point out this statement from the union:

If you live in the Los Angeles area — no matter what contract you work under — please join us on the picket line on Monday morning at 10:30 at the below location. Your fellow members need you!

Once again SAG-AFTRA proves it is an organizing point for Hollywood and sometimes NYC.  They could care less about the voice-actor in Asheville, NC or Tucson, AZ.

Just make sure our folks in Los Angeles get their rights!

Sure, I’m for resolution of all the grievances for my voice-acting brethren and sistren in LA (and I have many).  Something needs to be done about 2-yr-old issues, to stop the bullying of voice actors, and spread the wealth around a little more.

But video-game voice work constitutes maybe — what? — 8% of all voice work in the U-S?  So, when you get done with all that posturing, SAG-AFTRA…how ’bout giving the voice-actor in Bangor, Maine a compelling reason to even join the union?  What have you done for the woman voice-actor in Spokane, WA to see that HER compensation rates are in the ballpark of “fair”?

For a while there…just a couple of months, I thought that a group of us had the ear of SAG-AFTRA’s top people.  But nothing came of it.  The union is the 800 lb gorilla with the heft to stop the shenanigans of P2P’s…to protect us from online fraudsters, and to represent us for better compensation in the marketplace, but they’ve proven over and over they care little for anything beyond their bread ‘n’ butter in Hollywood.

A last attempt to reach an agreement with video game employers this week was not successful. Management remains unwilling to agree to fair terms that would bring the interactive contract into the 21st century.
Therefore, as of 12:01 a.m. PT today, SAG–AFTRA is on strike against the following video game employers with regard to all games that went into production after Feb. 17, 2015:
Read the strike notice to get all the details and click here for a flyer about the strike.
The two issues of greatest contention are transparency and secondary compensation. While the companies are willing to disclose potentially objectionable material that may be involved in the role, they refuse to tell the performer’s agent what game the actor will be working on. This keeps the performer from being able to make an educated decision about whether to take job. This is unheard of in any of our other contracts.
Regarding secondary compensation, employers have offered to give actors an upfront bonus based on number of sessions worked, starting at the second session worked. The negotiating team is willing to agree to their proposal, as long as secondary compensation is an option. In other words, an employer would have the option to buy out an actor by paying a bonus upfront or, if they prefer, they would have the option to pay a bonus after the game releases, if the game happens to sell more than 2 million units. The employers have refused to consider this option, excluding games from union talent if they are unable to afford the upfront bonus structure.
After nearly two years, management has been unwilling to resolve these issues in an equitable manner. This strike is not the union’s preferred outcome, but is necessary to let employers know SAG–AFTRA members will stand fast to their principles and not be exploited.
During a strike, it is critical that all members demonstrate solidarity so that we can present a united front to management. If you work for one of the affected productions, it’s your responsibility to honor the strike, but even if you’re not, your support is needed. If you live in the Los Angeles area — no matter what contract you work under — please join us on the picket line on Monday morning at 10:30 at the below location. Your fellow members need you!
Also, be sure to show your solidarity by tweeting #performancematters.
For more details and to sign up for updates, please visit our website at sagaftra.org/interactive. If you have questions, please call the strike hotline at (323) 549-6815.
Please RSVP here if you can join us on the picket line:
When: 10:30 a.m. – 12:30 p.m., Monday, Oct. 24
Where: Electronic Arts
5510 Lincoln Blvd,
Playa Vista, CA 90094