You’ll Be Glad You Did 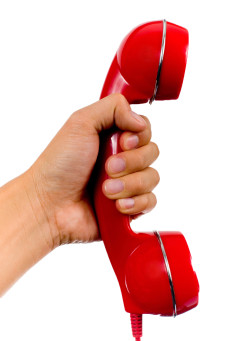 But how much easier would it have been to ask that favor, if you had called…just to call…sometime recently.

‘Calling for no other reason but to check in…say hello…inquire as to how they’re doing.  In other words…a call to a friend, FROM a friend…because they ARE a friend.

Even THAT sounds contrived.  Actually, you probably already do this, but hey, we all get busy, and sometimes the most important things take the back burner to urgent things instead (or things that seem urgent).  Put it on the front burner.

Women are better at this than men in my humble opinion.  That’s not judging, that’s an observation.  It’s the way the genders are hard-wired.  No one loves my daughters more than me…but on the phone, I’m pretty much done talking to them after 5-10 minutes.  I struggle to think of more to say.  But my wife can talk to them for an hour…two hours.

Regardless of your gender, think about the last time you got a call from a friend or colleague out of the blue.  You might have wondered what was their ulterior motive.  But imagine your delight when you find out they called just to be a friend.  How cool is that?!!!

So what if the call is only 5-10 minutes (or MORE!)… it’s the gesture that matters, and you usually walk away with a smile that someone thought of you and cared enough to call.

This especially goes for agents, producers, clients, and production supervisors.  Friend or not.  They’ll appreciate a call just to call… not to beg for work or have a business agenda.  But the NEXT time you call…when you DO need a favor…they may be more disposed to help.

[Honorable mention:  a well-worded text can usually bring a smile, too]

Do it.  Call one person today.  Commit to doing a call a week.  Two calls a week.  Whatever works for you.  This discipline will make you a better friend, and for all the right reasons.