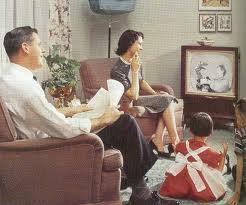 Politics rules my TV life these days.  Until this campaign season is over on November 6th, I’ll just have to put up with all the slogans, promises, posturing, and negative ads.

The middle is not….

Funny how we define the middle class by who they are NOT.  I guess that means the “middle class” is the rest of us working stiffs with a regular job, struggling to pay the credit card, and driving a vehicle that really needs some tires and a tune-up.

OK, I’m being a little judgmental there, but the politicians are not all wrong.  The middle class IS the sector they most need on their side to win.

Voice Actors in the “middle” of the Pyramid

Have you ever thought about what constitutes the VO Middle Class?

I was a brief guest on EWABS Sunday night, 9-9-12…what a great show!… and thanks to George and Dan for letting me be a part to talk about VOAToday.com.  One of the segments included a video that Dan slapped together from his trip to Roy Yokelson’s annual September VO BBQ.  Of course I recognized many of my friends in attendance.  At one point, Dan asked a row of them what was keeping them busy.  All three mentioned something about E-Learning and audiobooks…almost apologetically, unless I was hearing it wrong.

You know, those are the things we do until that $3500 :30 National-play spot comes along.  the spot you spend maybe an hour in the studio for, then sit back and wait for the check.  What’s that VO saying?…the more words you have to say, the less you get paid?

Contrast that with the long-format recording where you spend (for example) 10-20 hours recording, and another 10-or-so editing…and get so much per word, or so much per hour…but whatever it is, it’s not close to the $3500/hr for that national spot.

THAT’s the VO Middle Class in my estimation.  I’m not gonna name names, but you know who you are. I’m there.  ‘Not ashamed about it, but certainly working toward the Bentley some day.

I got very little response to a “VO Success Pyramid” I published back in January of this year.  It attempted to describe the pecking order of voice actors with newbies at the bottom, and a handful of movie-trailer guys at the top…and several strata in between according to job hierarchies.  Maybe now I know why no one commented on the VO Success Pyramid.

The Magic in the Middle

No one wants to settle for the middle…we’re mostly a bunch of entrepreneurial, climbing, perfectionistic hard workers.  We aspire to the upper echelons.  But the middle is where we learn, where we grow, where we find relationships.  Unless you devote yourself to mentoring others, it CAN be lonely at the top.

A voice actor friend of mine who’s already dissected this “middle class” idea of mine is Randye Kaye…who recently wrote a blog called:  “Why I’m Not a VoiceOver SuperStar – Yet”.  You should read it.  In my mind, Randye already is a Star…she’s got agents calling her with jobs.  😉

There’s plenty of room for everyone’s endeavours, of course, and we’ll pop up into, down out of, and around again to knock on the door of the “VO upper class” maybe long enough to stay there for a while.

Until then, finding steady work, and making a go of it in the best “middle class” business in the world is maybe not so bad!