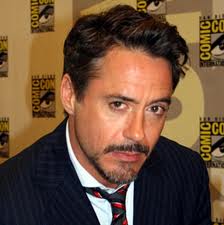 ….otherwise, why would he agree to be the voice for Nissan?

No, I get it…these big companies need a REAL actor to give their multi-million-dollar campaigns distinction… not someone who’s worked at the craft of voiceover for years.  Yes, I’m unabashedly jealous.

However, in the spot they don’t SAY it’s Robert Downey Jr (just like Lowe’s doesn’t give Gene Hackman credit, or Hyundai doesn’t identify Jeff Bridges)..so, do Nissan and Lowe’s and Hyundai get a benefit from hiring a “NAME” to voice their spots?

How many viewwers are REALLY good at identifying the voices on commercials?

Most viewers:
a) aren’t watching
b) aren’t listening
c)  perhaps mildly recognize the voice as “some celebrity”
d) knock themselves out trying to identify the voice for the whole commercial, and miss the point of the spot.

Either way, what’s with these advertising firms going for Hollywood actors’ voices?  A REAL voice-actor like Doug Turkel or Thom Wilkins or Deb Grattan, or sheesh…any one of hundreds of qualified voices could do a better job for (probably) less than what Robert Downey Jr. is getting, and EVERYONE would be happier!…except Robert.