…is a much nicer word than "change". 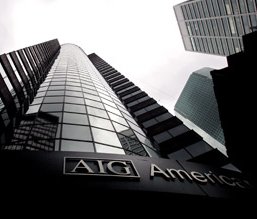 "Change" is so burdened these days.  "Change" (although it can be decidedly good) has an onus of fear attached to it anymore.

There's all the old cliche's, too, about "Change".  Things like:

"…the only thing that's constant is change…"
"…the more things change, the more they remain the same…"
"…change your thoughts, and  you change the world…"

My personal favorite is:
"Change is the process by which the future invades our lives."

Changes on Wall Street, in Washington, and around the world DO impact all of us, and that's never been more true than the developments of September '01, and now September '08.

Voice actors are in an over-arching sea change in the way things are being done. Technology, Internet, marketing, social networking, booking, recording, transmitting, even the pajamas we wear in the closet… adapt, or sit on the curb and watch it all pass by.

In a sense, we all do adapt to change or we wouldn't survive. (Actually, think about that: some literally fail for lack of change). It's the level of acceptance of change that makes it good or bad.

I blogged many months, ago, now about the imminent sale of the TV station where I have a day job (well, evening job): KLAS-TV (CBS).

In those heady days at the beginning of '08, we were assured this whole transaction would be a slam-dunk…finalized by May, and FCC stamp-of-approval by August.  After all, Lehman Bros. was handling our sale…what could be better??!!

So those who were initally uncomfortable with accepting that change in the first place are practically beside themselves now.  The "what if" questions are driving them crazy!!

I don't count myself among them.  I see change as the future invading my life.

So whether we transform, seek transformation, or at least accept it when it happens, we are entering our own future.